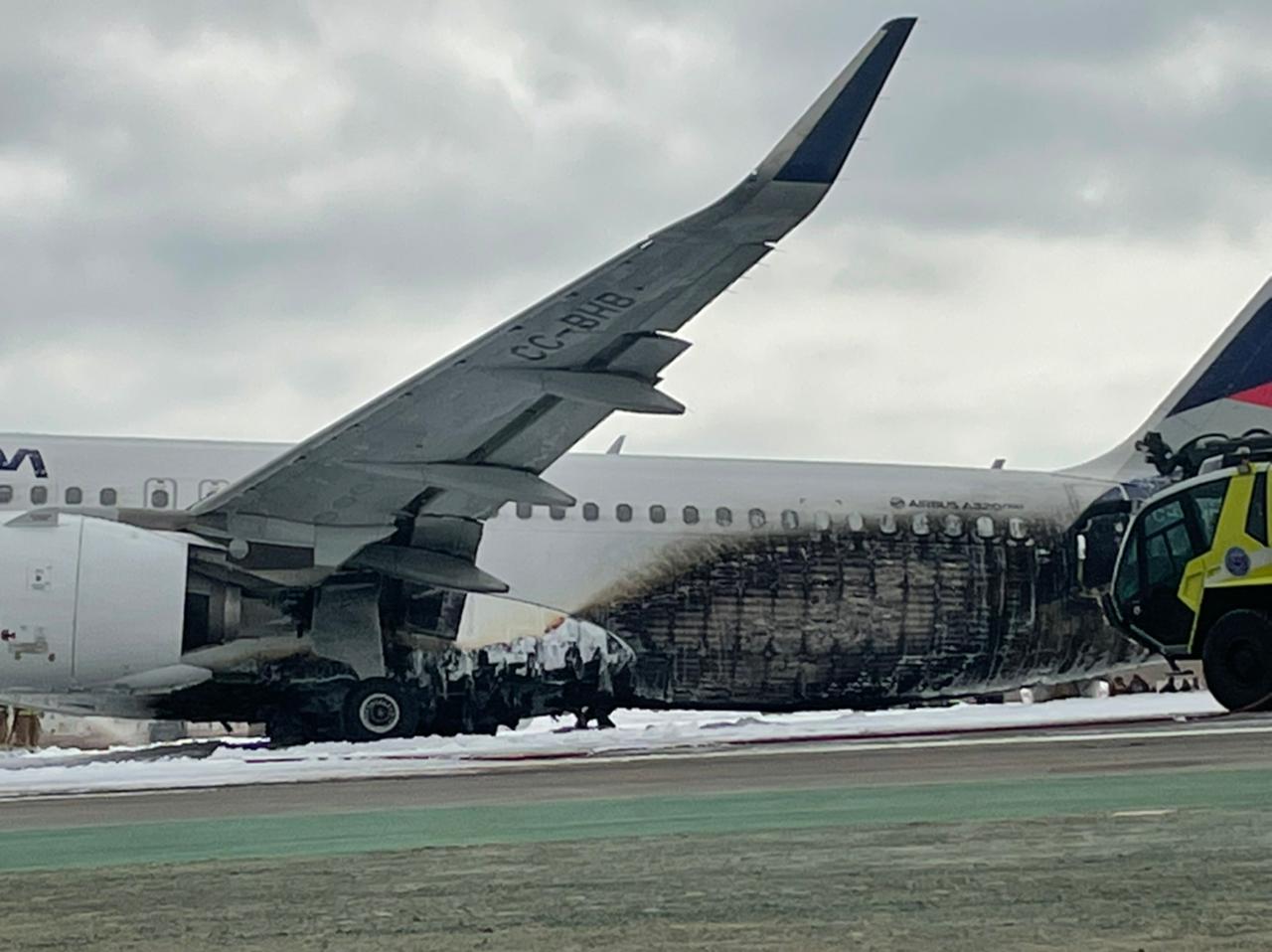 A Ladam Airlines flight caught fire after making an emergency landing on the runway at Lima’s Jorge Chavez Airport on Friday afternoon, the airline said.

“There was an accident this afternoon on the runway of Jorge Chavez Airport. Lima Airport Partners consortium teams are providing the necessary security and support to passengers,” according to a Friday afternoon tweet from Peru’s Ministry of Transport and Communications.

Minutes later, it was confirmed that two firefighters in the truck had died in the crash.

A Latham plane hit a truck on takeoff at Jorge Chavez Airport pic.twitter.com/T9PbSZ23d6

Video on social media showed flames shooting from the plane as it slid down the runway in the Peruvian capital.

A Ladam Airlines flight between Lima and Juliaca, Peru crashed on the ground. There were no casualties on board.

The Transport Ministry said the cause of the accident is under investigation.

After the crash, flights were suspended and the airport remained closed until 1:00 pm on Saturday, November 19.

“Our teams are providing the necessary attention to all passengers and they are fine,” they said from the social network Twitter.

Callao fire crews rushed to the scene and extinguished the fire with special foam used in this type of event.

One of the passengers who had to leave the plane shared a video of the moment he used a hydrant truck to put out the fire.

🚨#Attention🚨
There has been an accident on the runway #JorgeChavez. Our teams are providing necessary attention to all passengers who are well. Further investigation is underway to ascertain the cause of the incident.

Get instant information on your cell phone. Join the Diario Primicia WhatsApp group through the following link: https://chat.whatsapp.com/D0WqzaSBn24Frrb6ByjhR4