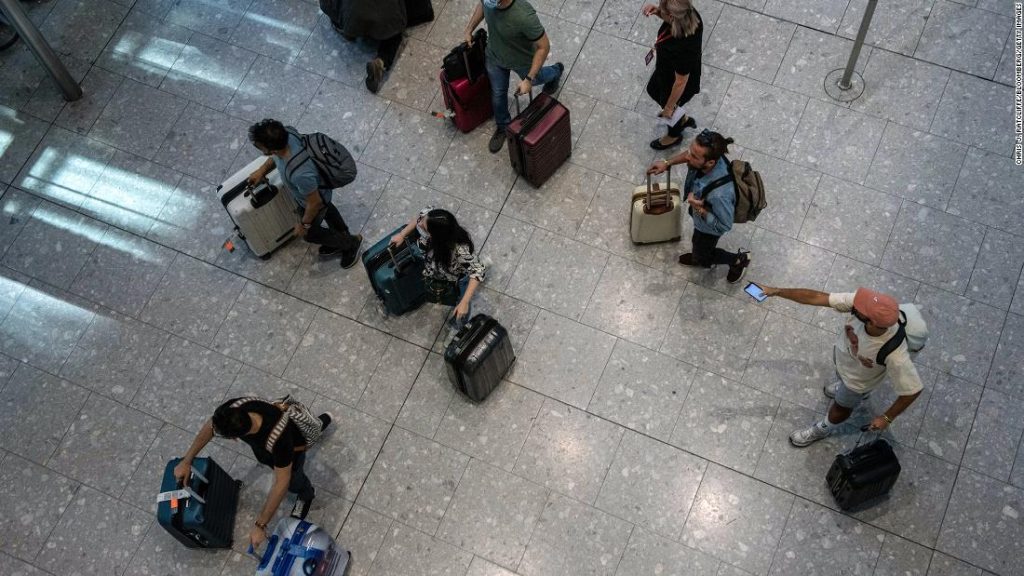 CEO John Holland Kay announced the “difficult decision” in an open letter to passengers, saying, “Over the past few weeks, as departure passenger numbers have regularly exceeded 100,000 per day, we have begun to see periods when Service drops to an unacceptable level… Our colleagues go to great lengths to keep as many passengers as possible, but we cannot jeopardize their safety and well-being.”

Many airlines are reducing the number of passengers entering and leaving Heathrow Airport. But Holland Kaye said Heathrow’s latest forecast showed a surplus number of seats had already been sold out, so airlines should stop selling tickets now.

“Despite the amnesty, the average number of daily departure seats during the summer will be 104,000 – giving a daily increase of 4,000 seats. On average, only 1,500 of these 4,000 daily seats have been sold to passengers, so we are asking our partners From airlines to stop selling summer tickets to reduce impact on passengers

In 2018, the daily number of passengers passing through Heathrow was close to 220,000, split between arrivals and departures.

Lufthansa (DLAKY)Which has already canceled thousands of departures from Frankfurt and Munich for the summer season, said it may make further adjustments to its schedule for “peak traffic in August”.

A Lufthansa spokesperson told CNN Business that “Lufthansa has made a notable contribution to easing the severity of airports, including London Heathrow”.

The head of the International Air Transport Association, the group that represents global airlines, described Heathrow’s travel restrictions as “ridiculous”.

“Airlines were expecting stronger traffic than Heathrow had… They clearly got it all wrong,” said Willie Walsh, IATA Director General. “Telling airlines to stop selling – what a ridiculous thing an airport would say to an airline.”

“Heathrow is trying to maximize the profitability they get from the airport at the expense of the airlines,” added Walsh, the former CEO of British Airways IAG.

“Flying is under huge pressure as demand grows – at Heathrow we experienced 40 years of growth in just four months – and what we need is collaborative action and investment in services to protect passengers, not uninformed comments from retired airline chiefs,” the spokesperson said.

– Sharon Brown-Peter contributed to the report.