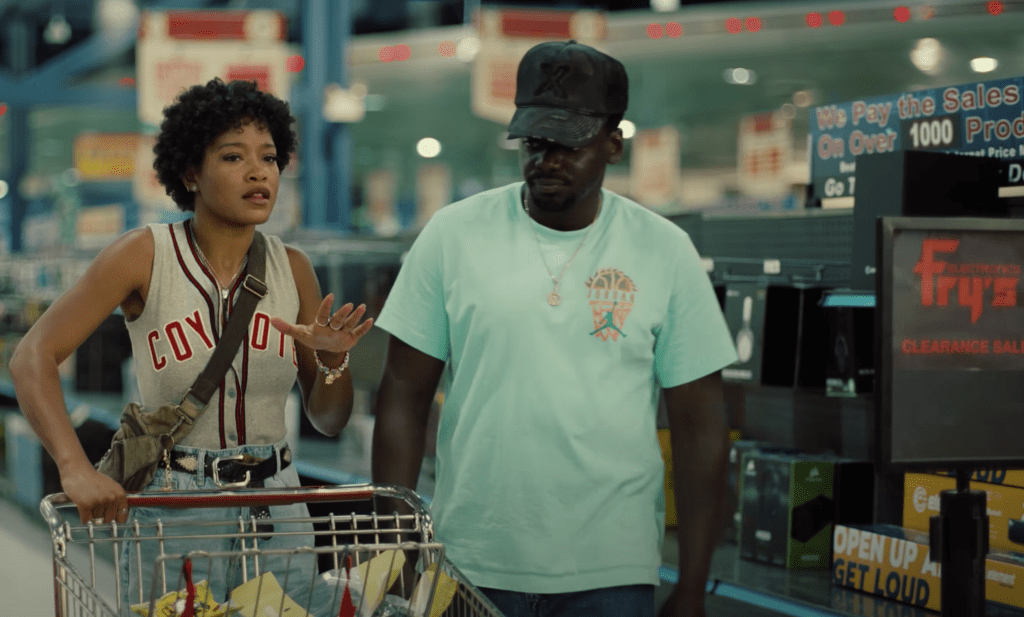 Horror fans Mr. Jordan Peele are eagerly awaiting his latest sci-fi movie ‘No’, and Gulf area Viewers were buzzing about the new trailer released Thursday when they found out that the filmmaker had brought a beloved local supermarket chain back from the dead (at least for the big screen).

“No” follows Otis Jr. (Daniel Kaluuya) and Emerald Haywood (Kiki Palmer), siblings at the helm of an abandoned team California A farm where their late father trained horses for Hollywood movies before his mysterious death. But when objects begin to fall from the sky and other strange events occur, they try to take advantage of the unexplained phenomenon and record evidence of suspected extraterrestrial activity with the help of – who else? – Frye Electronics Staff Angel Torres (Brandon Perea) and talented director Antlers Holst (Michael Wincott).

“This could be an opportunity. I’m talking about the rich and famous for life,” Palmer said to the questionable Kaluuya as they walked the aisles of the now-defunct store in the trailer.

“There are a lot of flying videos online,” Kaluuya answers.

“No one’s going to get what we’re going to get,” Palmer insists. “Money Shot. Undeniable Evidence of Extraterrestrials in Front of the Camera.”

Check out the full trailer below:

Founded in Silicon Valley in 1985, Frye Electronics Company announce All of its current 30 locations will close in February 2021, and “No” filming was later in progress. the summer. The shop in the trailer has the obvious (and appropriate) 1950s Burbank sci-fi theme of Burbank outpost, although it is unclear whether the movie was actually filmed there or if the interior was copied on a Los Angeles sound stage. (SFGATE reached out to Universal for confirmation but had not responded by time of publication.)

I am delighted that NOPE will serve as a time capsule – to capture the majesty that was once FRY to posterity. Goodbye beautiful and strange electronic stores. pic.twitter.com/rHd1KFnHtR

This isn’t the first time that one of Peele’s films has been amazing Gulf Region Connection. His critically acclaimed song “Us” showed the dark side of the Santa Cruz Beach Boardwalk, while the score featured Oakland rap duo Luniz’s “I Got 5 on it”. And last year, Nia Dacosta released Bill-produced “Candyman,” which starred Oakland-raised actor Yahya Abdul-Mateen II.

“No” premieres in theaters on July 22.