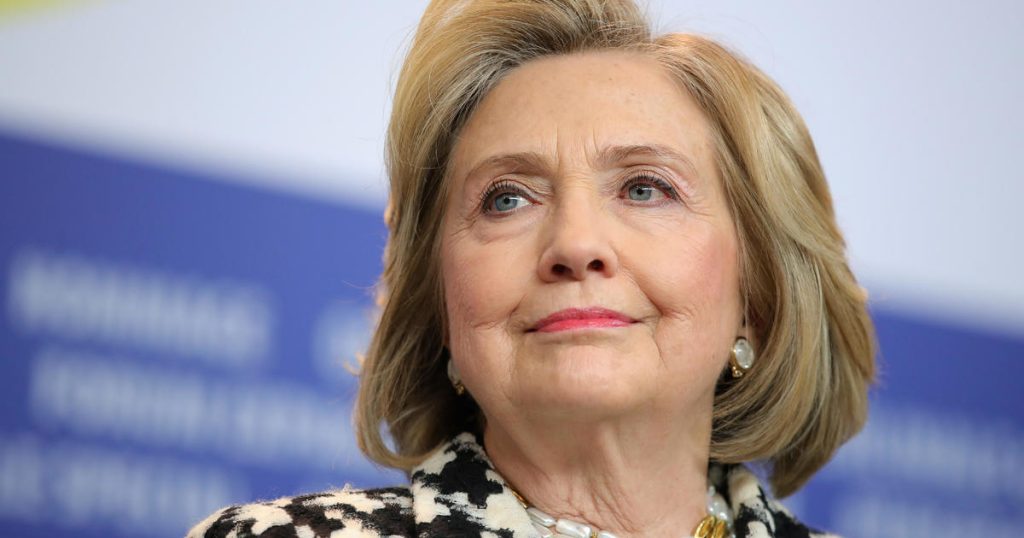 The Federal Election Commission fined Hillary Clinton’s 2016 campaign $8,000 and the Democratic National Committee $105,000 for concealing their funding for the “Steel Dossier,” a 2016 opposition research report that sought to shed light on alleged links between Donald Trump and Russia.

The bipartisan Election Commission also dismissed a complaint against Christopher Steele, the author of the dossier that caused a storm of allegations and investigations that rocked the first months of Trump’s presidency.

The FEC concluded that the campaign incorrectly described Steele’s work as “legal services” and “legal advice and compliance” in campaign files.

Steele and the campaign were notified of the FEC’s decision on Tuesday. A spokesperson for the Democratic National Committee admitted it had agreed to pay the FEC fine, but said it had done so “Resolving old and ridiculous complaints from the 2016 election about ‘purpose descriptions’ in our FEC report.”

“It is outrageous that the DNC underestimated the serious abuse that occurred by calling campaign disclosure laws ‘ridiculous,'” said Kaminar, adding that he believed the FEC should have made a criminal referral to the Department of Justice.

The Steele report concluded, based on anonymous sources, that Russia had collected information that could put Trump at risk. The dossier has been a source of controversy for years, and Trump has often claimed that it stimulated the Special Counsel’s investigation into contacts between his campaign and Russian officials.

Steele’s lawyers praised the ruling in a statement to CBS News.

Steele’s attorneys Robert Weinberg and Joshua Schiffrin wrote: “This FEC ruling confirms once again that Mr. Steele and Orbis Business Intelligence acted with complete integrity and professionalism in connection with their work in the 2016 presidential election.”

In 2018, the Republican-controlled House Intelligence Committee concluded that the Russia investigation was prompted by information the FBI received about Trump campaign foreign policy adviser George Papadopoulos — not the Steele file. However, the FBI relied in part on information from the file To secure control orders in 2016 For Carter Page, Trump campaign aide.