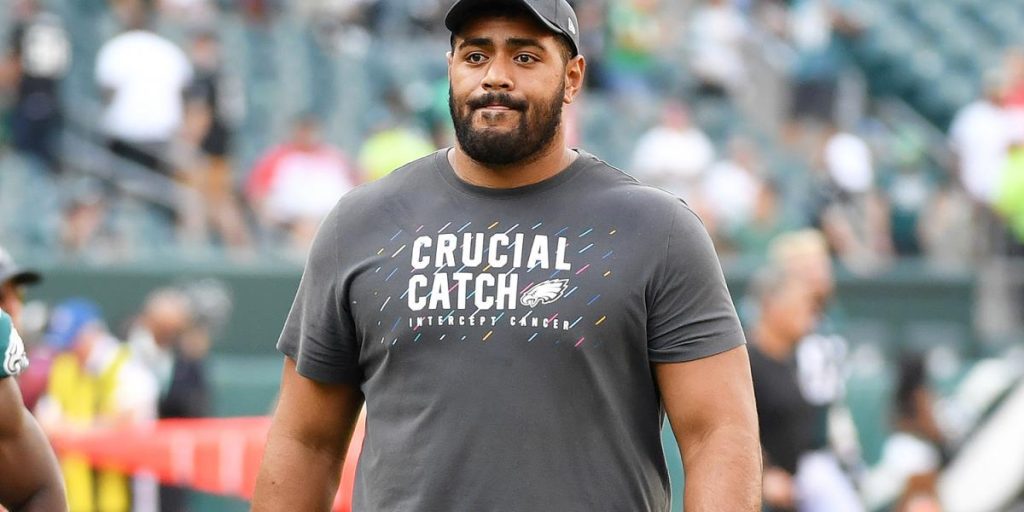 The Eagles will be without a few key players as they travel to Arizona for Sunday’s game against the Cardinals.

Mallata suffered a shoulder injury while trying to dive into a pick 6 last weekend against Jaguar. The good news is that his injury doesn’t look like it will last long. On Thursday, he said the scans conveyed good news and avoided a bullet.

Andre Dillard, who is still in the IR after breaking his arm before the season started, has been training all week. The Eagles activated their 21-day training window earlier this week. But earlier in the week, coach Nick Siriani hinted that this weekend could be too early for Dillard’s return.

So with Mailata likely out and Dillard’s position unknown, the Eagles may have to start up their accompanying man Jack Driscoll on a left-hand intervention. This would be the start of Driscoll’s career in left-handed tackle, but he managed to play fairly well in Mallata’s rest last Sunday. Driscoll said his main goal is to just stick to his own and not force the attacking coaches to change the game plan to help him.

Without Elliott, who was injured in a late strike against Jaguar, the Eagles will lift rookie kicker Cameron Decker, who was signed with the coaching staff earlier this week. Decker kicked and threatened the Texans and went without weaving this spring before spending time with rams and crows. Sunday will be his first appearance in the NFL.

In the corner of Maddox’s nickel corner, expect Josiah Scott to fill up the reserve. Scott got the start in place of Maddox last week and now has a full week of training first team reps under his belt. Maddox injured that ankle last Thursday in practice, so Scott got a short timeout against the Jaggs.