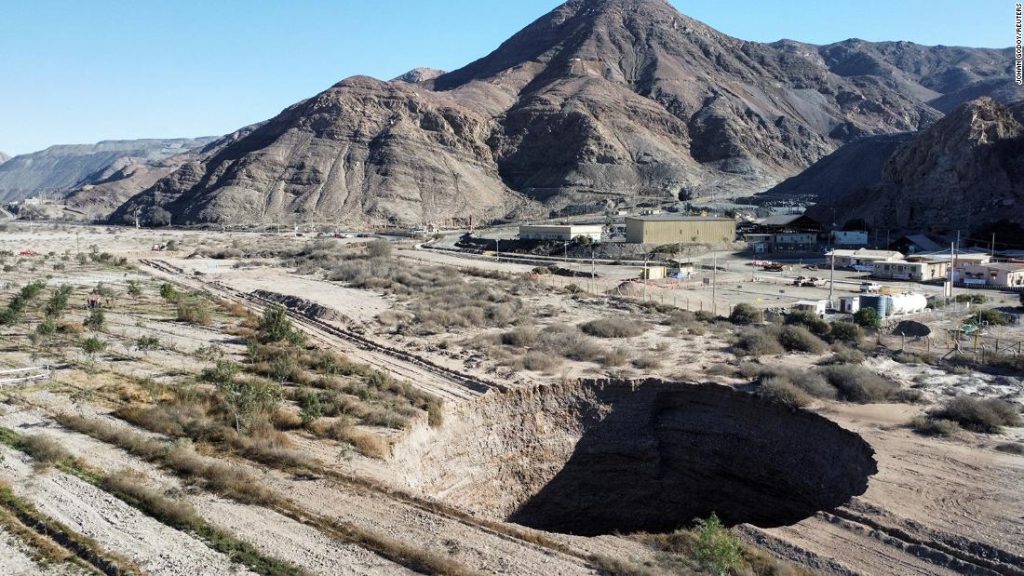 The mysterious 36.5-meter (120-foot) crater that surfaced in late July sparked a mobilization by local authorities and prompted mining regulator Sernageomin to suspend operations of a nearby mine owned by Canada’s Lundin in the northern Candelaria region.

“We will move forward with the consequences and penalties, not just the fine,” Mining Minister Marcela Hernando said in a press release, adding that fines were not important and that the verdict should be “exemplary” for mining companies.

The Chilean authorities did not provide details of the investigation into the causes of the sinkhole.

Local and foreign media showed various aerial photos of a huge crater in a field near the Lundin mining operation, about 665 kilometers (413 miles) north of the Chilean capital. Initially, the crater, near the town of Tierra Amarilla, was about 25 meters (82 ft) wide, with water visible at the bottom.

The minister added that although the country’s mining regulator had conducted an inspection in the area in July, it was not able to detect “over-exploitation”.

“It also makes us believe that we have to reformulate what our inspections are,” she said.

Lundin said in a statement that the excessive exploitation indicated by the minister had been reported.

“We want to stress that, to date, this hypothesis has not been identified as cited by Cernagomen as a direct cause of drilling. Hydrogeological and mining studies will provide the answers we are looking for today,” Lundin said.

“Various events that could have caused the crater are being investigated, including the abnormal rainfall that was recorded during July, which is relevant,” Lundin added.