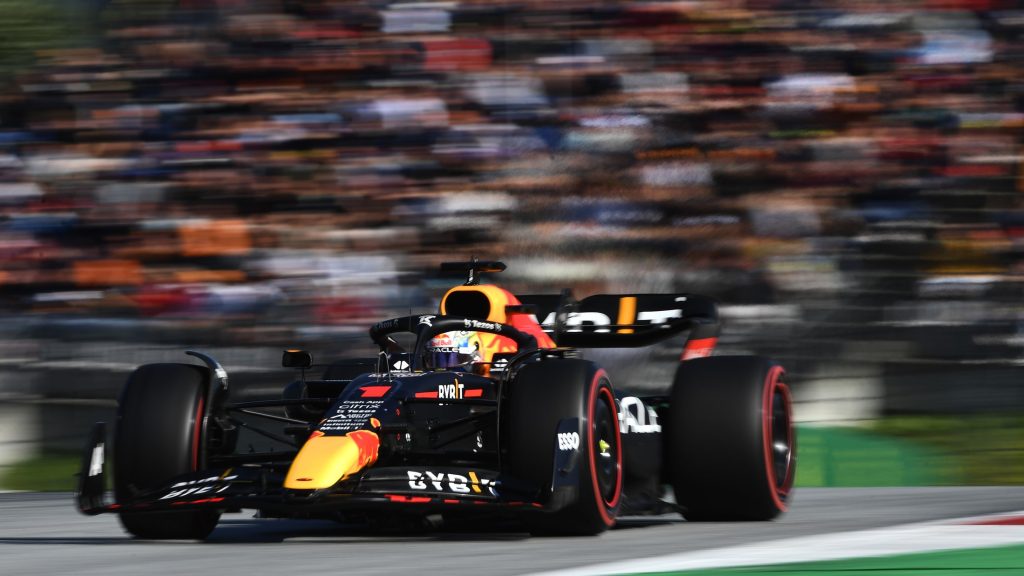 Max Verstappen took center stage ahead of Sprint in a thrilling qualifying session on Friday night – as the two Mercedes drivers crashed – at the Red Bull Ring.

Sunny’s skies welcomed the drivers after the morning rain and sunken ahead of the Austrian Grand Prix, with the qualifying grid set for Saturday’s Sprint – which in turn will set the grid for Sunday’s Grand Prix.

Mercedes entered the third quarter probably hoping to see Lewis Hamilton third in the previous session, but the seven-time champion entered the hurdles in the seventh inning to exit the red flag in the middle of the first 10 shootouts to leave him the provisional 10th.

Teammate George Russell (P5) followed suit minutes later with a spin and then crashed into the final corner, capping a miserable afternoon for the Silver Arrows.

After the second pit stop in the third quarter came a stunning battle for first place, as Verstappen raised the proverbial roof off the Red Bull circuit with his last-ditch effort to fly, leaving Leclerc in second with 0.029secs off and Carlos Sainz third with 0.082secs behind.

Sergio Perez finished fourth with Red Bull by 0.420 seconds, while Russell finished fifth despite his fall.

Next on the board was Alpine Esteban Ocon; His teammate was Fernando Alonso IX. Among them were Kevin Magnussen in seventh and Mick Schumacher in eighth in a stunning display for Haas.

AlphaTauri suffered a double elimination in the second quarter, with Pierre Gasly losing less than a hundredth of a second and Yuki Tsunoda furious to qualify for provisional 14th. Alex Albon finished 12th for Williams ahead of Alfa Romeo’s Valtteri Bottas in P13, while Lando Norris finished 15th for McLaren after several second-quarter laps were eliminated to overstep track limits.

Daniel Ricciardo will start behind his teammate at Sprint after being eliminated in P16. Lance Stroll was next on the board, 17th for Aston Martin as he raced into the penultimate row with Zhou Guanyu of Alfa Romeo on Saturday.

Williams’ Nicholas Latifi qualified 19th for the sprint, while Aston Martin’s Sebastian Vettel was last and 20th after also getting a track limit lap.

Q1 – Ferrari set the pace with Ricciardo and Aston Martin out

The teams wasted no time showing up in the first quarter, as the track buzzes with activity under a clear blue sky.

Eight minutes before the end of the match, Verstappen rose briefly to the lead, but faltered in his lap, leaving teammate Perez in pole position – ahead of Alonso Alonso and Ferrari Leclerc in a split between the top three by just 0.057 seconds. Sainz finished fourth after he also called off his first flyby due to track limitations.

With Verstappen and Hamilton not set a time by that point, and with track conditions continuing to improve, there was plenty of time on the table – both Williams (Albon leading in Turn 9) and Aston Martins in the relegation zone along with the championship leader.

Verstappen had his five minute time to climb to the top thanks to a 1m lap of 05.852sec. However, he was shocked by Ferraris in the standings soon after, with Sainz finishing second and Leclerc 0.433sec back to the third-placed Red Bull driver.

Alonso finished fourth, ahead of Hamilton, while Red Bull’s Perez finished sixth ahead of the other Mercedes from Russell.

With a new engine (part of his current group) after his FP1 pit stop, McLaren driver Norris finished eighth in the first quarter ahead of the Haas duo (led by Magnussen over Schumacher in P10) and Bottas 11th for Alfa Romeo.

AlphaTauri’s Tsunoda and Alpine’s Ocon were next in line, behind by Williams Albon.

AlphaTauri’s Gasly was the last man to reach the second quarter by 0.024 seconds over McLaren’s Ricciardo in 16th. Aston Martin didn’t progress to the next session either, the Vettel 20 with a lap time omitted while the Stroll was better on P17.

Among them were Zoe, an 18 Alfa Romeo, and Williams driver Latifi on the p19.

Mercedes’ Hamilton topped the list early in the second quarter, teammate Russell in third, while Verstappen split the duo by 0.033 seconds off the lead. This left Ferraris in P4 and P5 but there was still plenty of time on the clock, time to find, and seven drivers yet to run.

With five minutes left in the race, Bottas was the driver in danger in P10 with Red Bull’s Perez 0.139sec behind after going too far in Turn 9, and Norris twice eliminated thanks to separate trips in Turn 1 and Turn 4 to finally sit. Albon and husband AlphaTauri were the other drivers at risk of disqualification. Meanwhile at the top, Hamilton improved to keep Verstappen 0.093secs behind…for now.

Leclerc and Verstappen improved, 0.087sec ahead of the latter, while Hamilton finished third with 0.188sec to keep Sainz fourth. Russell finished the top five and Perez exited the relegation zone in sixth.

Both Haas drivers moved on to Q3, Magnussen seventh and Schumacher 10, with Ocon and Alonso making double appearances in the third quarter for Alpine in eighth and ninth places, respectively.

Gasly improved but only to eleventh place (he lost the third quarter by 0.009sec), with Albon coming in next, and Bottas in thirteenth. Tsunoda became happy in Turn 1 and his frustration was audible as he took a temporary P14 for a Sprint race – with Norris the last three laps off. “I’m afraid I’m going to hit the brakes,” said the McLaren driver.

Q3 – Both Mercedes crashed in front of Verstappen’s pole

Nobody rushed to set a date in the third quarter but it soon became apparent that Perez might have gone too far in the eighth in his successful effort to exit the second quarter – leading to his being called up to Stewards after the session.

Leclerc led Russell and Ocon early while Hamilton backed down on his second attempt (almost backing into fast-moving Leclerc) despite the purple first sector – before a roar from the roaring orange sea of ​​fans welcomed Verstappen. The Dutchman made the starting point 0.091 seconds ahead of Leclerc, while Sainz finished third at Ferrari, ahead of Perez in P4 for Red Bull.

Then the red flag came and stopped – to Hamilton. I saw him on Turn 7 skiing, the right side of the W13 hitting the rails. He’s gone away, but he’ll start on the tenth provisional day of the sprint.

After a long pause, the session resumed with about five minutes remaining. But there will be another red flag. And this time for another Mercedes driver – Russell walking away from this one – who turned and crashed into the last corner to pause proceedings for two and a half minutes on the clock.

What followed was a stunning pole battle, Sainz shot to the top, Leclerc improved to take pole and then Verstappen beat both Ferrari to take the lead, leaving his Monaco rival 0.029sec behind and the Spaniard 0.082sec behind.

Perez was 0.420sec – the investigation is coming – behind his teammate in P4, interim fifth Russell and then Albin’s sixth Ocon. Haas’ pair put in a superb display, with Magnussen taking seventh ahead of Schumacher in eighth – leaving Alonso ninth in the other Alps.

Delightful scenes in the Red Bull garage (and in the stands) – while the Mercedes crews will have a long night ahead of FP2 and the Austrian race on Saturday.

Max Verstappen: “It was a really long wait between the two runs and that’s not great, once you’re in the rhythm it’s good to keep going. Also, you know the track temperatures were dropping, the wind was changing a little bit, but in the end, qualifying was pretty tight. , It’s a really hard track also to get everything right. Not a lot of corners, but the corners you have are really hard, it’s really easy to do wrong, but of course very happy with the pole ;But I also know you can get points tomorrow and one .

“I think we’ve got a great car. Normally… qualifying isn’t our strongest point, so of course I hope to get one clean turn, and a good getaway. Since then anything can happen but I feel confident with the car we have that you have.”

“It’s unbelievable to see the crowd here and see so much orange and the support I’m getting now for a few years here already. It definitely brings a smile to my face and I hope we can make it a great weekend.” 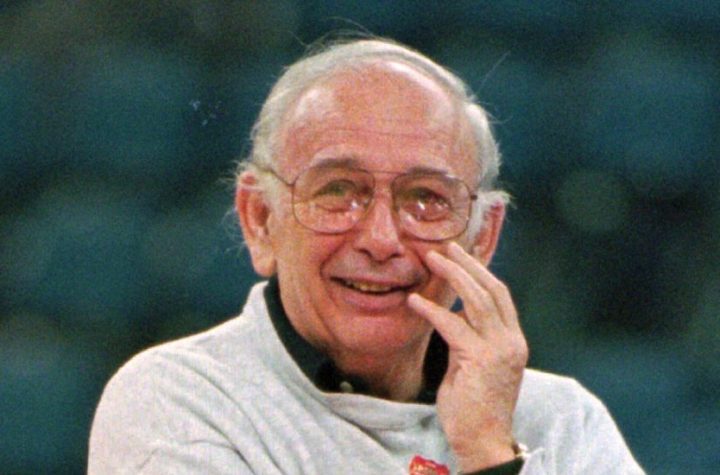 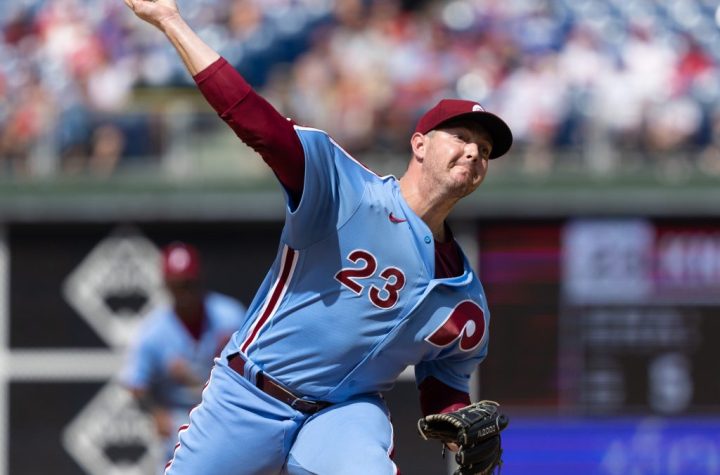