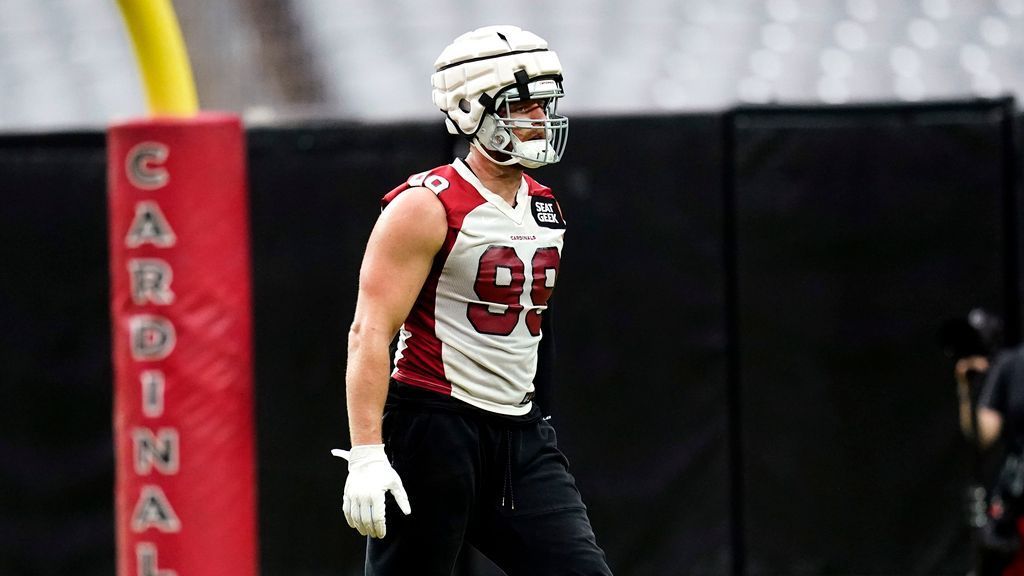 Glendale, Arizona – Arizona Cardinals defensive lineman and three-time defensive player of the year JJ Watt He’s not a fan of wearing the Guardian hat during training camp and he wasn’t shy about sharing his thoughts on Friday.

“I mean, I think you know what I think of our Guardian hats,” Watt said with a chuckle.

Watt didn’t hesitate when asked if he could feel the difference wearing the padded shell that attaches to his helmet on the outside.

“You feel like a bird’s head,” Watt Jammed. “As if you’re going to fall. I’ll probably be fined for this. That’s cool. You guys are just fooling me to start the whole year. There’s 15,000 lost.”

The Guardian Hat is required for all offensive linemen, defensive linemen, tight-ends and linebackers during bootcamp training until pre-season game two. In a statement, the NFL said the camp period is when the league noticed “the greatest concentration of helmet effects.”

The Guardian cap reduces the intensity of an impact if worn by one player by 10% and at least 20% if worn by two players, depending on the release. Watt was well aware that they had been assigned but only for a certain period of time.

Watt continued to joke that his comments would result in the NFL being punished.

The teams voted in March to begin using the Guardian Cap after “study and recommendations by the Competition Committee and the Owners Health and Safety Advisory Committee, as well as consultation with head coaches across the league”. Watt said he used to wear the Guardian hat after a while and understands why it was used.

He said, “Sure.” “I’m not stupid. I mean, I may not have worn a Guardian hat in 12 years, but I’m not that stupid, okay? Of course I know. I’m not going to get into this because we’ve already got 20k. So we’re looking at 50” [thousand] Like then maybe like a four-game suspension after that. So, Guardian hats are great, love it. It’s a great addition. We must wear it all the time.