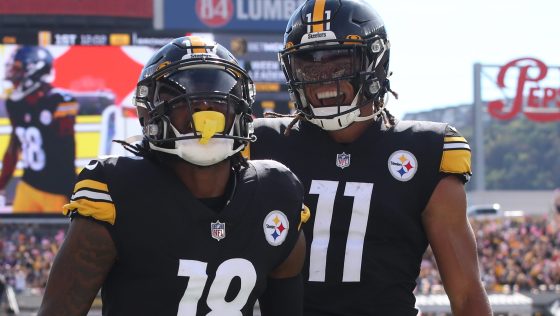 In the early years of free agency, the Steelers apparently had a great outside full-back every year. In many of those years, the outside quarterback had to go elsewhere to get paid.

The Steelers continued to produce great players from abroad.

In recent years, the Steelers have mastered the art of crafting and developing receivers. this year, James Washington Leave via free agency. Next year, Deontay Johnson They will likely follow Washington.

Mark Capule of TheAthletic.com suggests in his mailbag column that the Steelers You wouldn’t pay Johnson $20 million a year. This means that they will not sign it again. He’s not going to take $20 million a year, not because the market is going about $30 million.

The Steelers don’t care, because they know they can replace Johnson via the draft. They have drafted two more receivers this year, and may be planning to leave Johnson. and for Claypool chasewho considers himself One of the top three receivers in the leagueto be next.

A decade earlier, the Steelers made an offer to take in Mike Wallace. When he didn’t take it, they basically offered the same deal to Antonio Brown. Brown agreed. If the Steelers don’t go north of $20 million a year, neither Johnson nor Claypool will accept — and both will be gone.

Just like the revolving door the Steelers once had at the outside quarterback, they will craft and develop receivers that get good enough for big money elsewhere. And then the Steelers will do it again.